When I was looking for financial modeling exercise through the Internet, I found one case from the Association for Financial Professional website. The case involving cost/benefit analysis for two different objects which has their characteristic. The task was to perform excel modeling and create a cost/benefit analysis. case: https://www.afponline.org/ideas-inspiration/topics/articles/Details/recruit-fp-a-staff-with-case-interviews

These are the results, click the image to open it in full size. 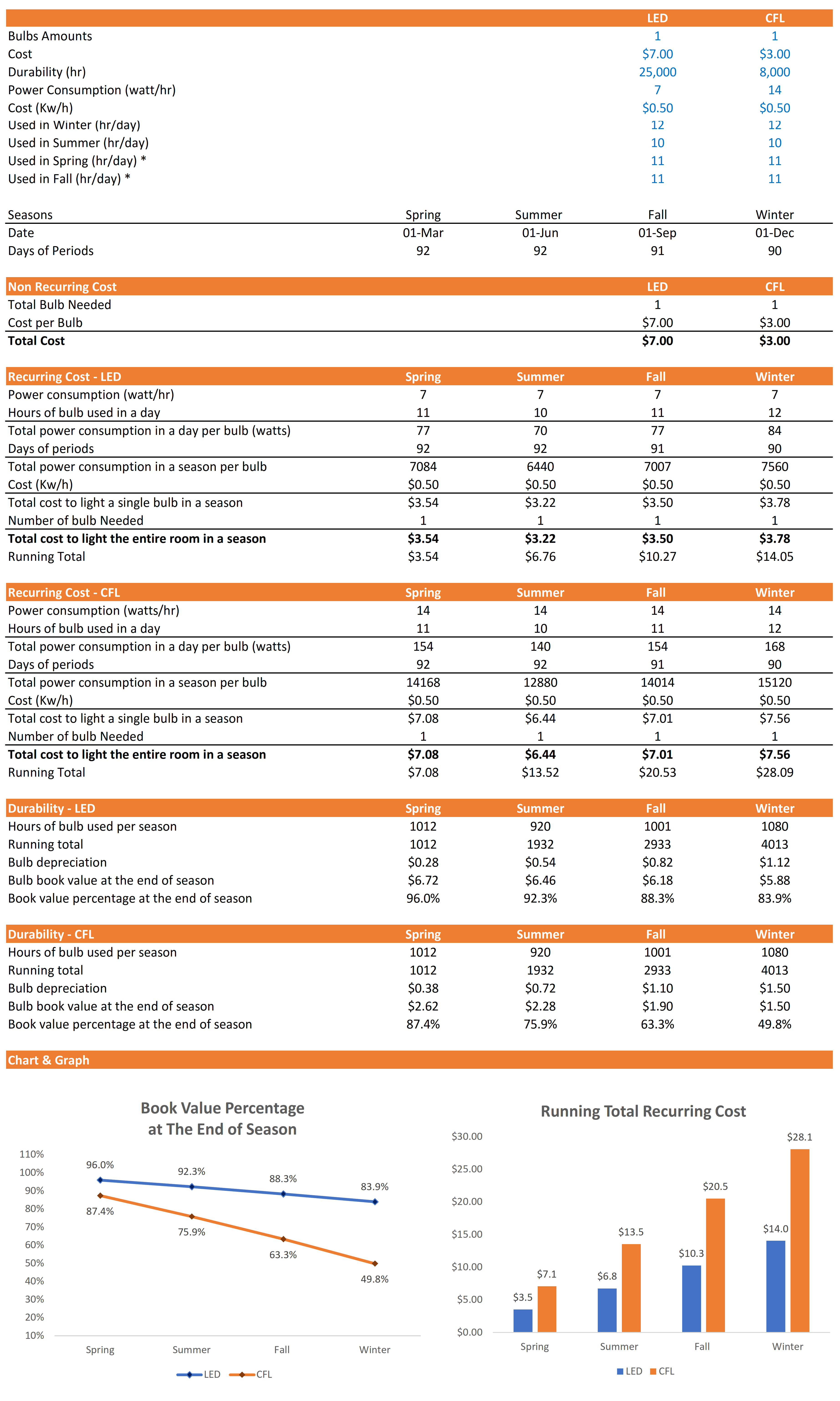 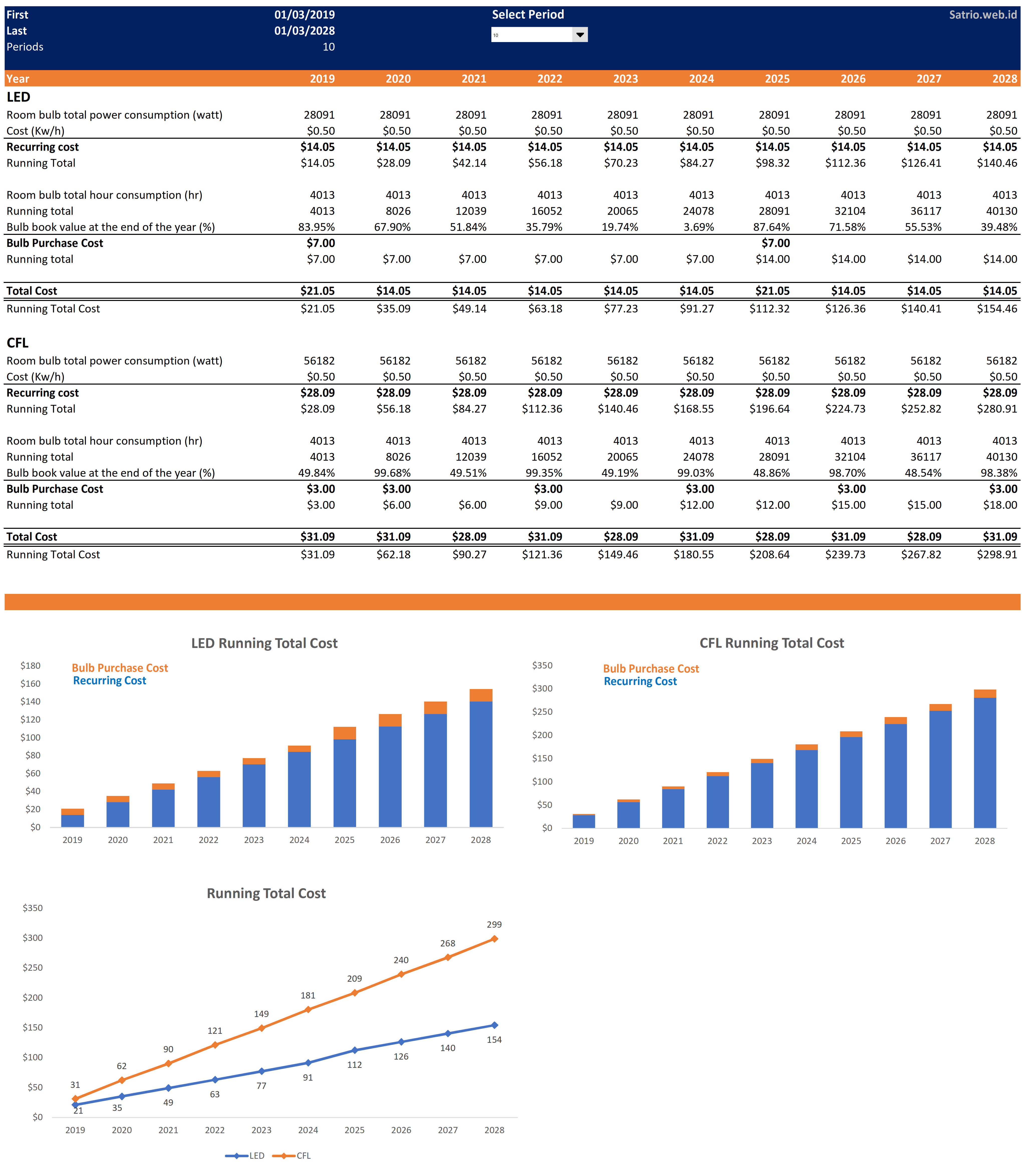 You can download protected excel files of the model above. Inputs (blue colored font) are not protected, so you can change it to see how changes in input flow through the entire model. You can also choose the period time of the yearly model simply by clicking the “time period” dropdown list on the panes, and we can see the changes in time period affect the dynamic model and dynamic chart.

Feel free to comment or contact me whether I am missed something on my works or there is any question regarding this post, any critics and constructive feedback would be appreciated 🙂 Thank You